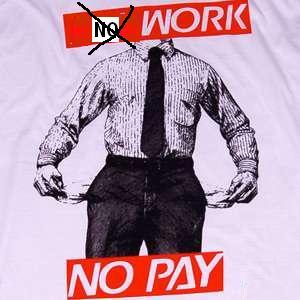 ‘No work No Pay’:A.P government Imposes G.O 177 on Govt Employees

Andhrapradesh state government released G.O 177 yesterday, which clearly  disqualified all Telangana employees who participate in non cop-operation, from getting paid.Government’s policy of “No work, No Pay” has become hot topic in secretariat  yesterday.G.O 177 clearly states that any state government employee who participates in any activity like pen down, chalk down, bandh, strike etc will not be paid for  those days. Salaries for next month will only be decided on number of working days in this month. Employees cannot protest against government during working hours by any means, including discussing about protests, singing revolutionary songs, playing music, signing in register but not working etc. By implementing this G.O 177, government has blocked all roads for employees  to protest in democratic way.Telangana employee unions are now demanding for withdrawal of this G.O and on the other hand few employees feel that salaries are more important because their families are depend on them.In fact, many state government employees run on credit and if they don’t get  paid on time, their financial condition will break down.